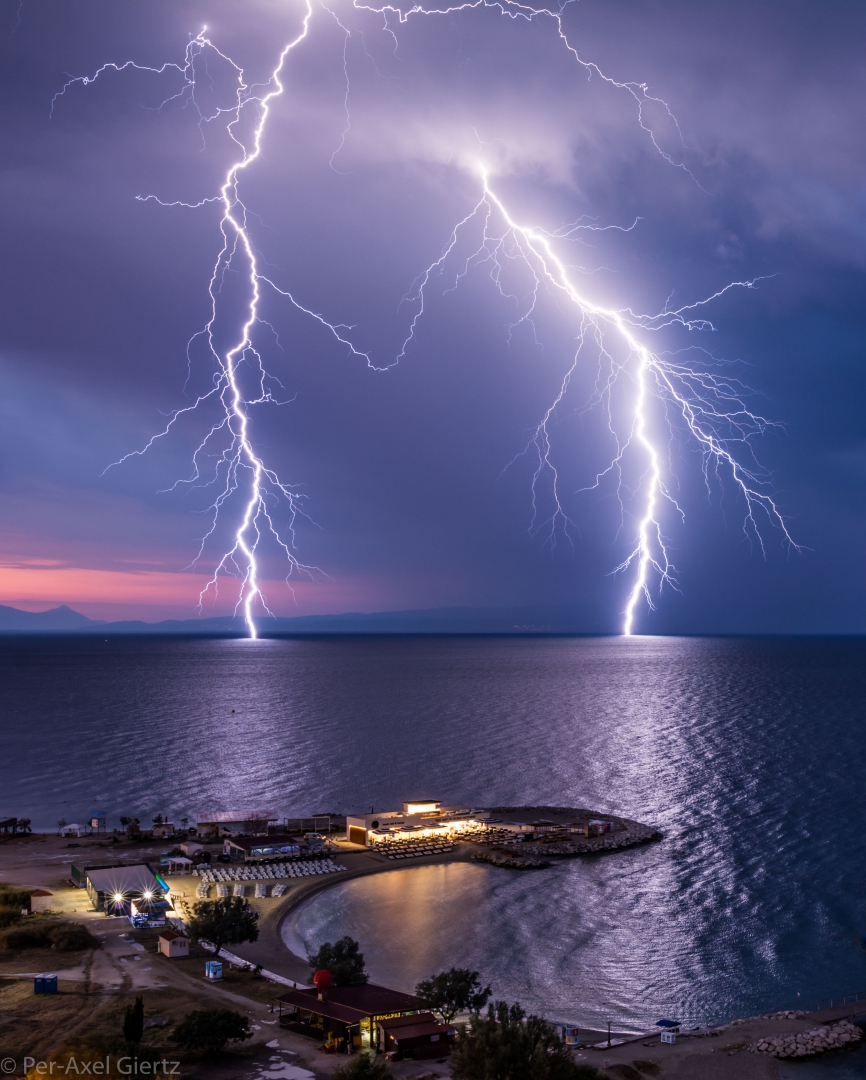 Here at iPhotography, it’s always brilliant to see what our students have been up to, and what photographs capture other student’s hearts, attention and respect in order to achieve GOLD medals! In 2016 we are proud and privileged to announce that you voted Per-Axel as your overall Gold Medal winner!

It was back in the hot, summer month of August during a 5.00am thunderstorm in Croatia, when Per-Axel managed to capture this dramatic and striking scene from his balcony – proof alone that dedication and commitment to photography wins the day – the early bird always catches the worm… or in this case, the early riser catches the storm.

Both tutors, members and students all agreed that this shot definitely deserved a gold medal! With an outstanding 24 comments on this shot and many, many 5 star votes Per-Axel has taken the crown for 2016 King of Gold Medals!

In addition, Per-Axel’s image became so popular it was the top rated image of the month for August 2016, a massive achievement in itself.

There is no doubt that the success of this image is down to the obvious use of skill that Per-Axel portrays. From the perfect capture time to clever use of shutter speed and striking, vibrant colours, this eye-catching photograph was bound to win an award. It was no surprise to us when we witnessed Per-Axels image storm ahead within our competition voting poll.

Here’s what the iPhotography students and members had to say about this award winning shot:

‘Double WOW for double lightning. I would put this on my wall I love it!’ – Janice
‘Very talented photographer no matter what the situation you’re in ….you always seem to get that image at the right moment …..shows preparation and vision …well done’ – Rebekah
‘This is an insane image, not only did you manage to capture one but 2 stunning strikes of lighting, what a perfect vantage point. Definitely agree you were better off there than in a boat!’ – Harriet

Per-Axel has been a dedicated member of iPhotography since 2014 and has always turned heads with his shots, which makes it even more rewarding for us at iPhotography to crown him the winner. Over the past year, he has achieved 25 Bronze Medals, 21 Sliver and an astonishing 71 gold medals; giving him a grand total of 117 medals within one year! A huge achievement!

Per-Axel responded with a few words upon the announcement of his brilliant win:

A huge thanks to everyone voting for my photo amongst all the great pictures in the competition! Very proud to win this award and it means extra much that it was this photo, since it was my most memorable photo moment in 2016. Waking up in the middle of the night, happy when hearing the thunder storms, and standing on the balcony trying to capture this magnificent forces, was an incredible moment. Then realizing that I had the luck to capture some of the magnificence with my camera made me pretty thrilled. Thanks for all the encouraging comments during 2016, it has been a very busy year, sadly not enough time with the camera though. Looking forward to a more productive 2017 and to be inspired by all great photos uploaded in the gallery! All the best! – Comment from Per-Axel

Per-Axel will receive £75 in Amazon Gift Vouchers, and a Digital Gift voucher for the ‘Turn your Photography into a business’ course.

Congratulations Per-Axel! Your winning image is timeless and totally captivating. We have witnessed fantastically creative imagery from you over the years and would like to thank you for your continued commitment, dedication and positivity. It is an honour to have you as a member within iPhotography, and we look forward to hearing (and seeing) more from you throughout 2017. – Comment from the iPhotography Tutors and Head Office Team

We don’t believe Per-Axel’s award winning streak is over yet; we are hopeful that we will continue to see his name throughout the gallery, competitions and Top 10 images blog. Once again, huge congratulations from all at iPhotographyCourse. Very well deserved.